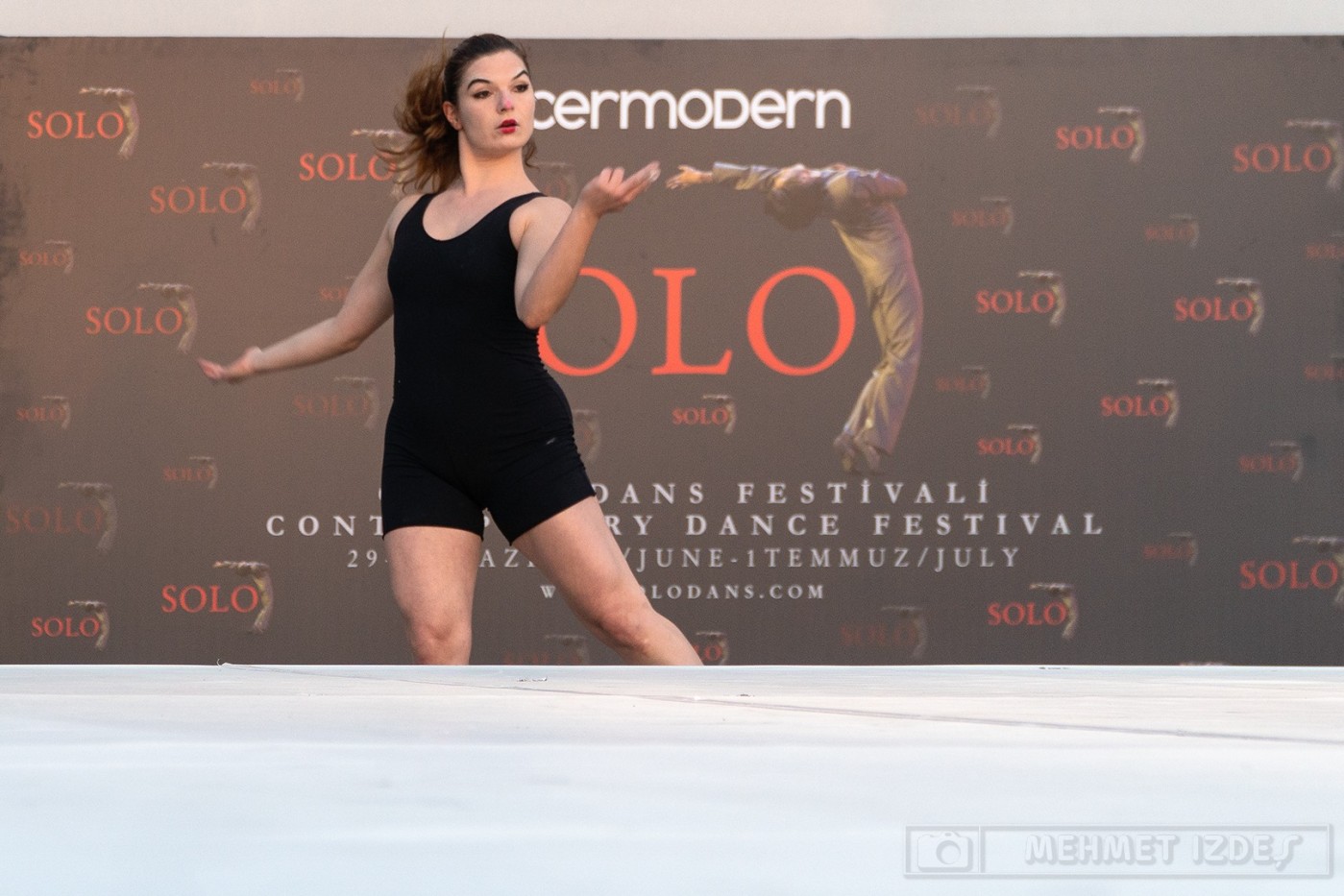 She finalized her (MPA) masters thesis in 2016 with “Liquid Politics” performance about “relationship of social movements and performance at Mimar Sinan Fine Arts University.  Since 2002 she has been creating dance pieces: Home-logue, Hayali Sureti, Liquid Politics, Silent Scream, shown in Holland, Belgium, Spain, Greece. In 2010-2011 she worked with Meg Stuart & Damaged Goods Dance Company, in Belgium. Since 2015 she has been making dance-films. Her dance film “Rebirth” which was shot in Poland Grotowski Institute, won the best performer prize in Sinema Dans Ankara in 2016 and in Brussels dance film festival.

She did her Master of Arts in Theatre, Physical Theatre specialization at Accademia Teatro Dimitri, Verscio in Switzerland between 2017-2019. Her studies was granted by  The Pierino Ambrosoli Foundation Study Grant for Training as a Professional Dancer in 2018-2019 in Switzerland. http://www.ambrosoli.org.

She finalized her (MA) in Physical Theatre about “empowerment movement of women” with “Woman Running with the River- The Myth of the River” piece in Switzerland, 2019.

At the moment she works as Instructor of Movement and Action at Acting Departments in Universities.

Here is a Planet of Performance, Performing Arts Project Collective, a world that you can find the different disciplines of performing arts together (contemporary dance, theater, music, circus, clown, yoga, instant composition, improvisation, video-film, image and photography …) and the interaction with all these art disciplines. Interaction with the self and the audience… improvisation of them all. In Performance Planet each time we use different materials and forms by not excluding the other, creating horizontally with the all members and art disciplines. Desire and imagination, experiment and practice are the unique feature of this planet. It is a place for creation and production. It is a world of wonders and reality… how you wanna imagine it becomes true… You can create your own dreams in your own planet here. We can travel through different planets with different projects, with different people… Travel trough minds, trough people, through performing arts… Travel through Performance  Planet…